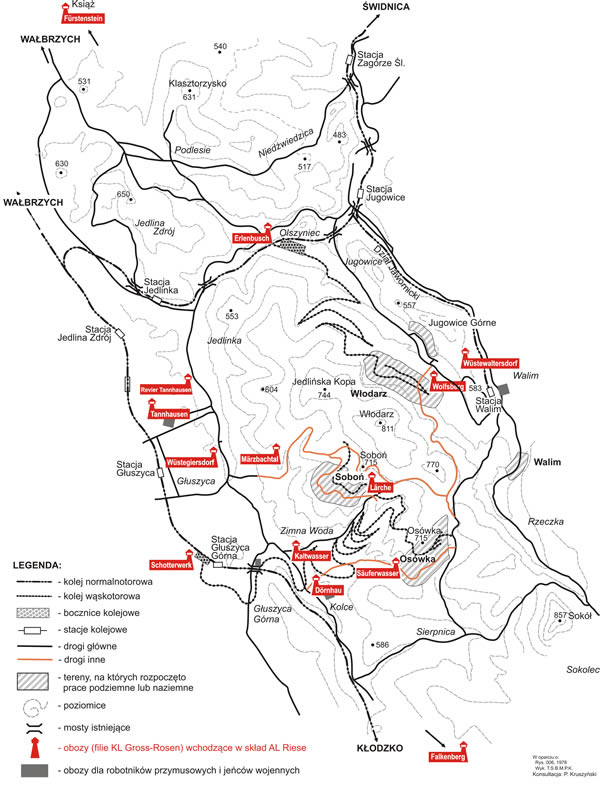 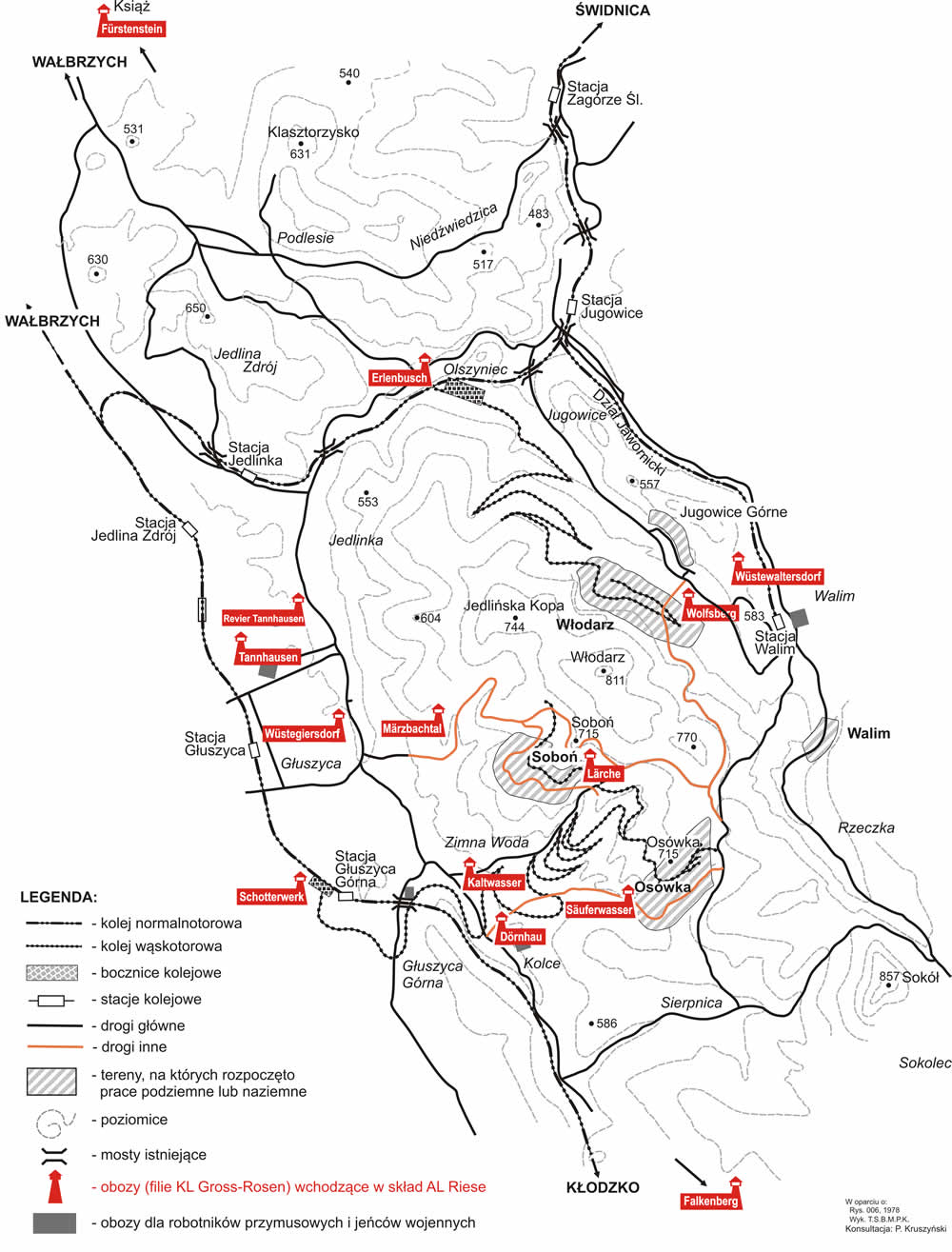 The codename “AL Riese”, served as a cover for a system of concentration camps subordinated to KL Gross- Rosen which were located in the massif of Eulengebierge (Sowie Mountains), and had a common administration and headquarters with its seat in the camp Wüstegiersdorf. AL Riese, which consisted of 13 camps and a camp hospital, was established in connection with building another quarters for Adolf Hitler.

Through AL Riese went about 13 000 prisoners. They were all Jews from many European countries but the largest number of them was from Hungary, and Poland. Estimated number of the dead ones is 5 000 people.